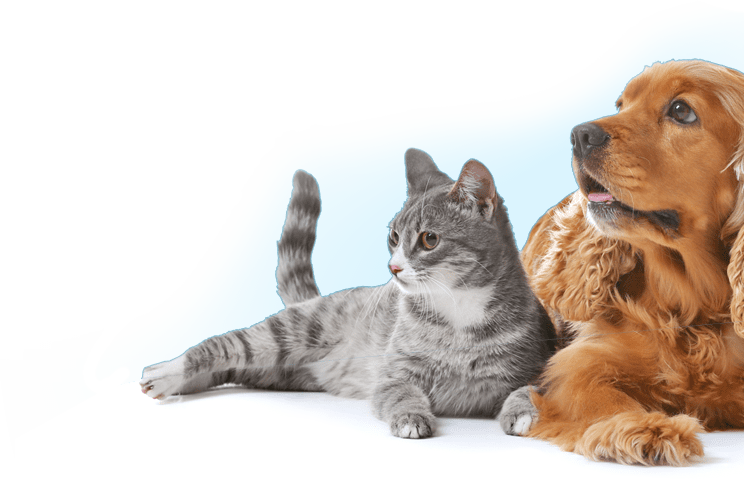 Veterinarians and pet owners alike often deal with unanswered questions and difficult decisions when it comes to dentistry.

Difficult dentistry cases often start with the difficult decisions we must make before attempting resolution. At times we have to ask if we should attempt resolution at all based on factors such as quality of life, existing clinical signs, client wishes and possible complications. In this third article in a series examining challenging oral surgery cases, we look at two such cases.

The case of the terrible tissue

A 10-year-old, spayed female Chinese crested dog presented with a history of coughing and gagging when eating and drinking and a 1 cm round soft palatal defect of unknown origin (Figure 1). Clinical signs had worsened over a several months, and the owner thought the defect was getting larger. The patient was edentulous with the exception of the right and left maxillary first molars (teeth 109 and 209, respectively). Significant inflammation was present in the tissue adjacent to both molars. The inflammation extended rostrally into the adjacent mucosa and medially between the rostral aspect of the defect to the edge of the hard palatal mucosa.

Figure 1: A 1 cm round soft palatal defect of unknown origin in a 10-year-old Chinese crested dog.

Bilateral maxillary nerve blocks were administered. Radiographs showed significant bone loss surrounding both maxillary molars, which confirmed periodontal disease.  No radioopaque foreign body was detected with radiographs or physical examination of the area. Mucoperiosteal envelope flaps were utilized to expose the molars. Extraction was uneventful. Characteristic granulation tissue was present surrounding the diseased teeth. A portion of that tissue and a section of the inflamed palatal tissue adjacent to one of the molars were submitted for histopathology. The remaining inflamed soft tissue was removed with a diamond football bur, the bone contoured to eliminate sharp edges and the defect closed with 4-0 monocryl suture in a simple interrupted pattern.

Recovery was rapid and uneventful. The patient was discharged with analgesics for four days and clindamycin for 14 days. Generally, antibiotics are used sparingly in association with oral surgical procedures; however, the unusual distribution of the inflammation prompted their use in this case.

Histopathology results confirmed severe inflammation in both samples. The patient returned in 30 days, and oral evaluation revealed complete healing of both extraction sites but persistence of the inflammation adjacent to the defect. The decision was made to postpone surgery for 30 days following a 10-day, tapering anti-inflammatory course of prednisone.

At the next recheck, the inflammation had partially subsided but persisted at the rostral portion of the defect (Figure 2). Although the patient was eating, the clinical signs persisted and were significant. Owner consultation centered on the possibility of dehiscence. A larger defect and more severe clinical signs could be expected if the rostral incision line were to break down due to the inflammation. An acrylic palatal obturator was an option; however, the owner was concerned about the long-term management of the patient with the device. Due to the clinical signs, the owner was motivated to attempt surgery, fully aware of the potential complications.

Figure 2: Thirty days after maxillary molar extraction, the inflammation had partially subsided but persisted at the rostral portion of the defect.

Bilateral maxillary nerve blocks were performed. The patient was placed in dorsal recumbency, and bilateral, caudally diverging incisions were made in the soft palatal mucosa starting at the caudal and lateral margins of the defect (Figure 3). The nasal palatal mucosa was separated from the underlying musculature, and extensive but careful blunt dissection of the flap created significant enough laxity to advance it forward to the rostral portion of the defect with no tension. 4-0 monocryl suture in a simple interrupted pattern was used to close the defect (Figure 4).

Figure 4: 4-0 monocryl suture in a simple interrupted pattern was used to close the defect

The patient was discharged on analgesics and the owner instructed to feed soft food for 30 days. The referring veterinarian was to check the defect in one week. The flap was still intact at that time, and the patient’s clinical signs had decreased tremendously. Minor coughing was still present after drinking, though.

At the 30-day recheck, the flap had healed. But interestingly, the palatal mucosa from the graft had taken on the character of the inflamed tissue. Two 1- to 1.5-mm defects were present (Figure 5).  An attempt to pass a 5-0 suture to close one of the defects resulted in more damage to the tissue and further attempts were abandoned. A recheck was scheduled for 30 days.

Figure 5: Two small defects can be seen in the flap 30 days postoperatively.

Thirty days later, the defect was again present. A second attempt was not a consideration, and even though the defect was similar in size to the original defect, the clinical signs were less significant. A palatal obturator was again discussed as a potential future consideration if signs worsened. Because the first surgery had failed and there was no resolution of tissue inflammation, attempting a second surgery was a poor option. Two months later, the clinical signs were limited to minor coughing when drinking.

Cases like this are uncommon in veterinary dentistry. The unknown etiology, the character of the tissue, the dehiscence and the inconsistency of signs were all factors that added to the frustration surrounding this case. Fortunately, the outcome was favorable—but the mystery still remains.

A 16-year-old domestic shorthaired cat presented for evaluation of a large rostral mandibular mass (Figure 6). The owner had taken the cat to a different specialty hospital six months ago, and her account of the visit was that nothing could be done for the cat. Remarkably, the patient had become anorexic only 24 hours prior to presentation at our hospital. Closer evaluation of the oral mass revealed that it extended caudally just beyond the base of the tongue (Figure 7). The central portion of the mass was necrotic. Mandibular lymph nodes were remarkably normal.

Figure 7: Necrosis is evident in the central region of the mass.

When faced with challenging situations like this, strong consideration must be given to owner expectations. Long-term outlook was very unfavorable due to likelihood of metastasis in the future. Chances of achieving even adequate margins to minimize recurrence of this mass were not possible due to the caudal extent and bilateral involvement. A conservative approach was not an option in this case. The only two options for this patient were removal of the mass and most of the mandibular body bilaterally or euthanasia.

The owner was informed that the surgical option might not be well tolerated due the extent of the excision required and that euthanasia might be the best option since the patient’s quality of life could be severely compromised postoperatively. The owner accepted the risk of surgery in hopes of providing, at best, a few months of additional time with the cat; however, the owner indicated that no additional therapy (i.e., chemotherapy or radiation) would be considered, regardless of the histopathology results. Following approval for surgery, routine blood work and thoracic radiographs were performed, both of which were within normal limits.

Bilateral mandibular nerve blocks were administered. Radiographs revealed a large productive bony mass extending from the right to the left mandible with distinct areas of lysis (Figure 8). A bilateral mandibulectomy caudal to the missing mandibular first molars was performed. A portion of the rostral sublingual musculature was excised to allow caudal margins into normal tissue. The reconstruction involved closure with 4-0 monocryl suture in a simple interrupted pattern (Figures 9 and 10). Two-layer closure was utilized wherever possible. The patient was able to easily lap gruel from a saucer within 90 minutes of waking, exhibited no signs of discomfort and continued to eat well for 48 hours.

Figure 8: Radiograph of the rostral mandible with bony proliferation and lysis present.

Figure 9: Closure of the mandibulectomy.

Figure 10: 4-0 monocryl suture in a simple interrupted pattern was used for closure.

Two days postoperatively, examination revealed partial dehiscence of the right caudal incision due to contact with the right maxillary fourth premolar (tooth 208). The tooth was surgically removed, and the dehisced region was debrided and sutured. The patient continued to do very well for several months postoperatively. The only complication was a dark discoloration of the tongue due to exposure outside the oral cavity and grooming (Figure 11). Histopathology results revealed that the mass was lymphoma.

Figure 11: Tongue discoloration was the only long-term complication for this patient.

Five months after surgery the patient developed right mandibular lymph node enlargement. Biopsy confirmed lymphoma. Despite the owner’s original wishes, she opted to proceed with chemotherapy at an oncology specialty service since the cat had done so well following surgery. Unfortunately, chemotherapy was unrewarding and five weeks later the patient was euthanized due to progressive lethargy and anorexia.

Along with the surgical challenges, another challenge with cases like this is providing accurate information to owners to allow them to make a proper decision. Despite the progression and eventual demise of this patient, the owner was very thankful that she was able to spend several more months with her cat and provide him a normal quality of life during that time.